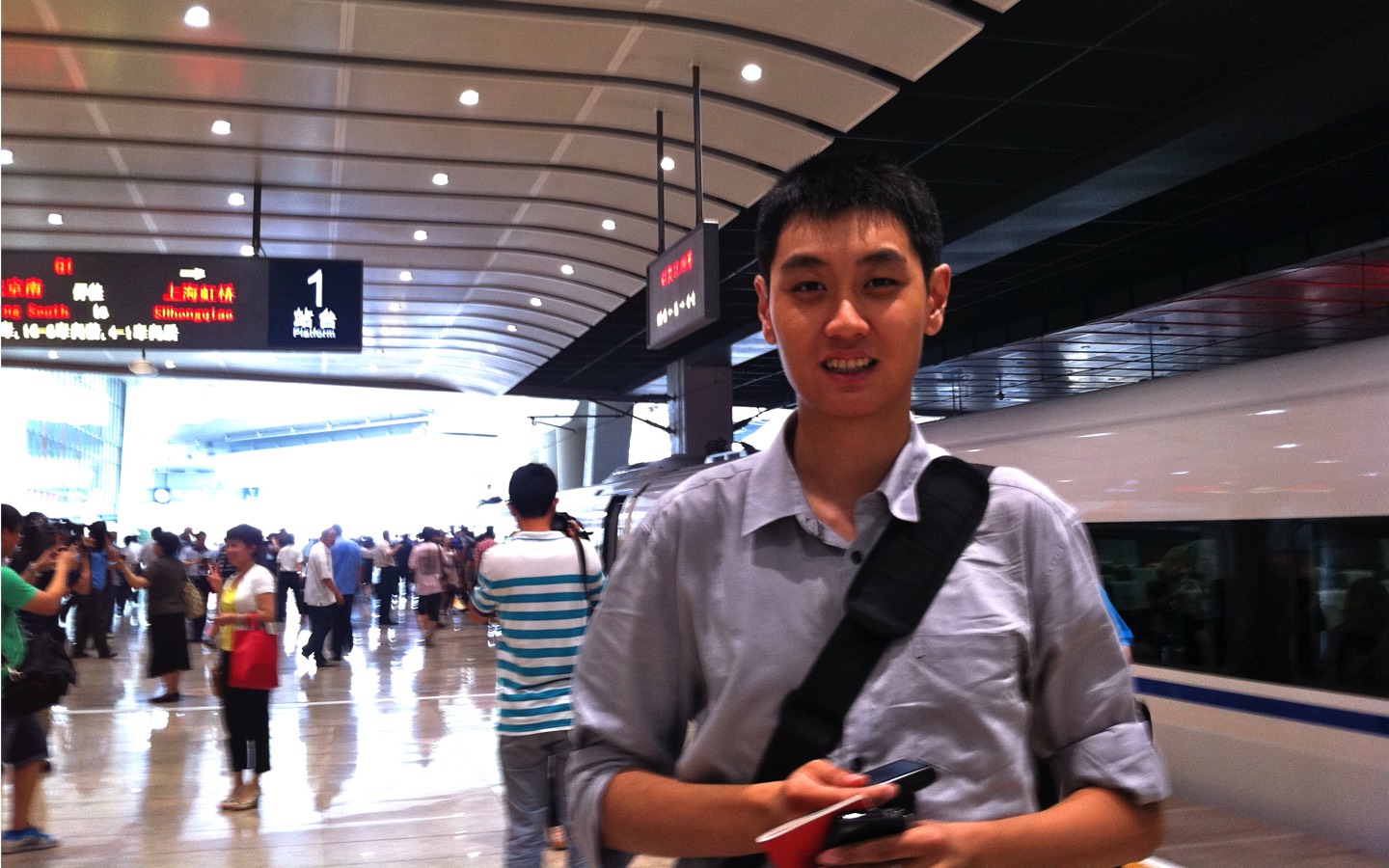 On 01 August 2008, when the new Beijing-Tianjin Intercity Railway opened, David Feng tried this new line on its first day. Completely stunned with a full change of cities in just half an hour, he decided to stick with HSR for his future journeys as much as possible.

And stick with HSR he did. On 30 June 2011, he joined then-fiancée, now-wife Tracy on the first-ever train service on the Beijing-Shanghai HSR to Shanghai. Train G1 was his first introduction to one of the best-known HSR lines in China.

David continues to try new train lines as much as possible with every new introduction. In September 2013, he was invited on a “public-beta” of a new express line running between Nanchang and Fuzhou in southeastern China. On 01 December 2013, David joined others in the first HSR train service between Tianjin and Qinhuangdao. And, on 10 September 2016, he boarded one of the first high speed services between Xuzhou and Zhengzhou in central eastern China.

From most recent to least recent, including the services as mentioned above, here’s a brief look at David’s first-day train travel in Europe and Asia.